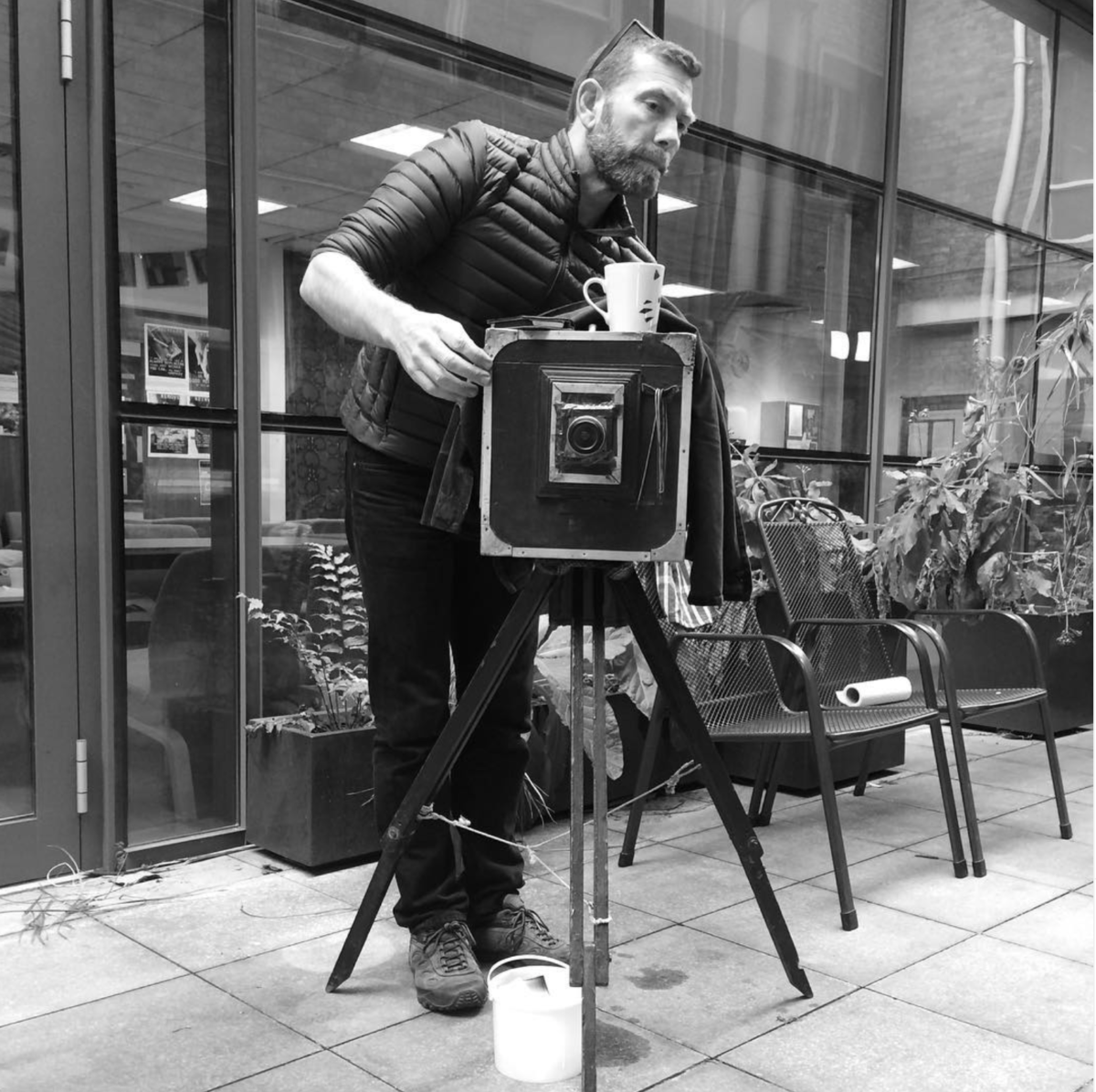 PhotoDemos had the pleasure of receiving photographer Malcolm Hutcheson in the Department of Anthropology at UCL. In addition to speaking about his work in Pakistan, he ran a workshop explaining how to use a traditional box camera, having flown in one such device (as carry-on!) from Lahore. Malcom has spent the past 15-20 years documenting this practice – Ru-Kitch (“spirit pulling”), as it is referred to in Punjabi. Historically, the box camera was widespread in many contexts around the world. In Pakistan, it seems to have been the principal means of photographic picture-making in popular settings. Despite its apparent simplicity, the box camera managed to contain within and embody without the complexity of a rather delicate, finicky and messy photographic process. A portable photo-booth, it was the most versatile means to create an almost instantaneous, ready to go and affordable portrait. 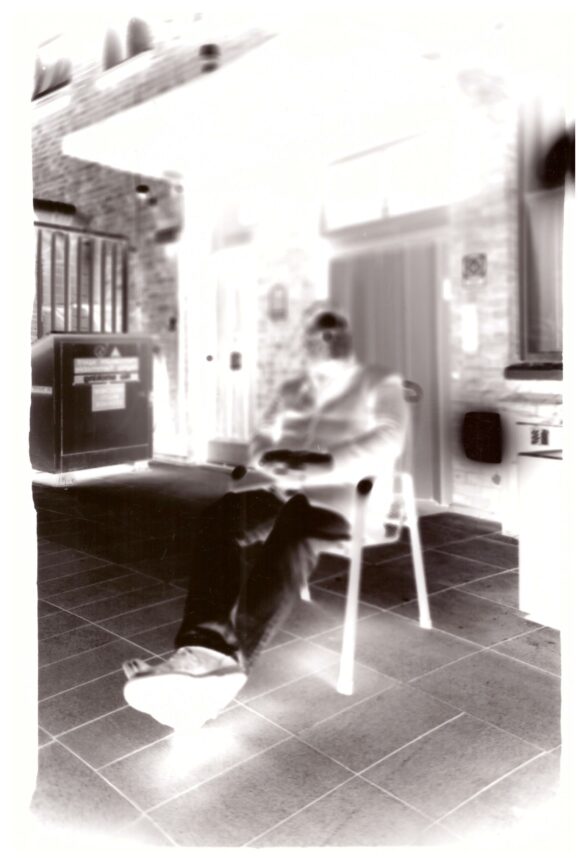 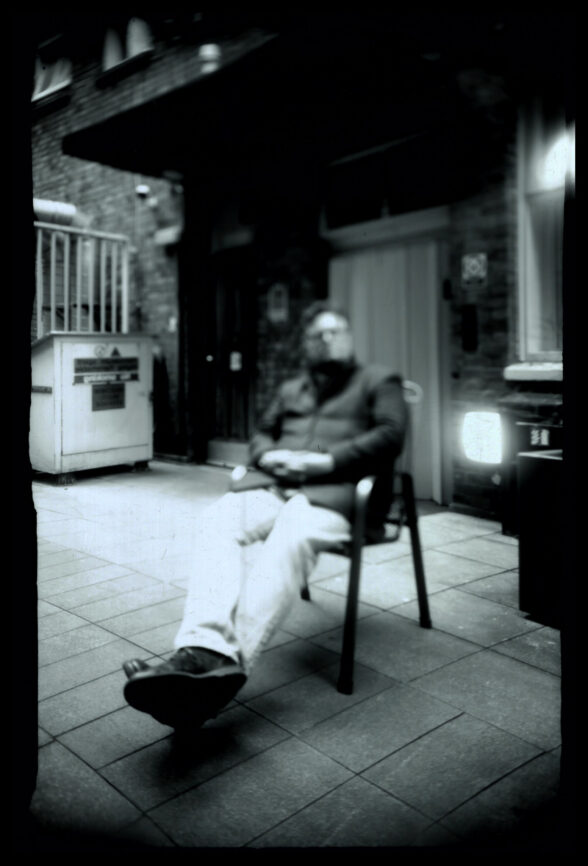 In Lahore, many generations of street photographers trained in the tradition of Ru-Kitch up until digital technologies rendered their practice obsolete. Few traces of this history have remained however in the material record, and Hutcheson has been collecting surviving pictures, also cameras and backdrops. He has also used the technique in his own creative work. In the early 1990s there were about 20-30 street photographers active in the city, one category of craftsmen amongst the many street traders, haggling with the occasional passer-by. The practice afforded stable, dependable income, as Hutcheson explained. Back then, the price of a portrait was circa 30 rupees, equivalent to a bus ride, while a cup of tea would have cost about 2 rupees.

Box cameras may be amongst the most simple, easy to use pieces of photographic equipment, nevertheless, as we have come to see for ourselves, a successful portrait is not that easy to make. All sorts of factors must be considered, from light conditions, to the sitter’s ability to hold still, etc. Other than an accurate mix of substances in the chemical bath, the photographer will need a portable backdrop, a seat, and a patient sitter (exposures typically vary between 1 and 3 seconds). Setup ready, lens focused, the exposure is made. The photographer can now proceed to carefully develop the picture in a 2-step process (developing and fixing) inside the camera. The entire process takes roughly 3 minutes, and, if done well, will yield a crisp negative – this is the part where the spirit-pulling occurs. The photographer will demonstrate his/her mastery by manipulating the procedure with just one hand and by touch only, inside the camera’s body. Leaving his/her second hand free to have a sip of tea from a cup conveniently placed on top of the box… ingeniously comfortable, to say the least! The process is repeated, the negative re-photographed, and the portrait soon ready to be handed over it to its owner. 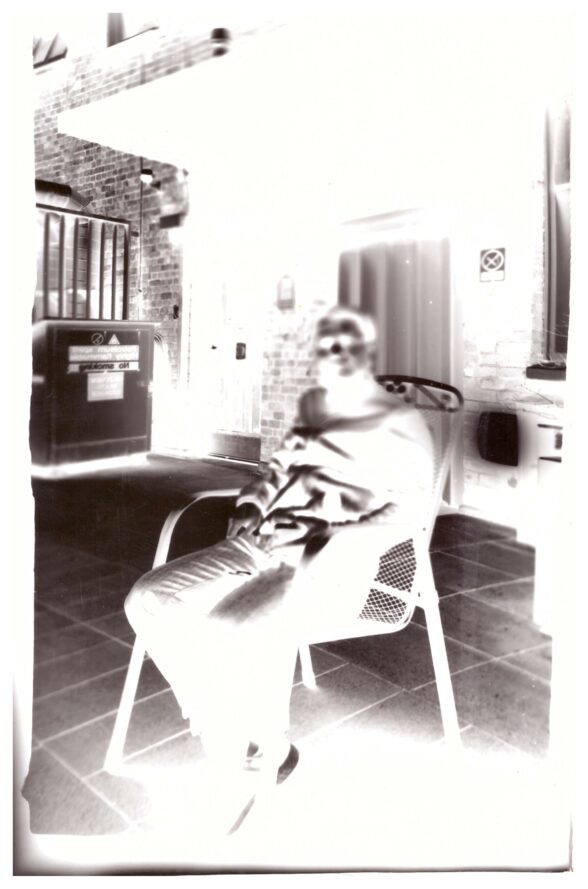 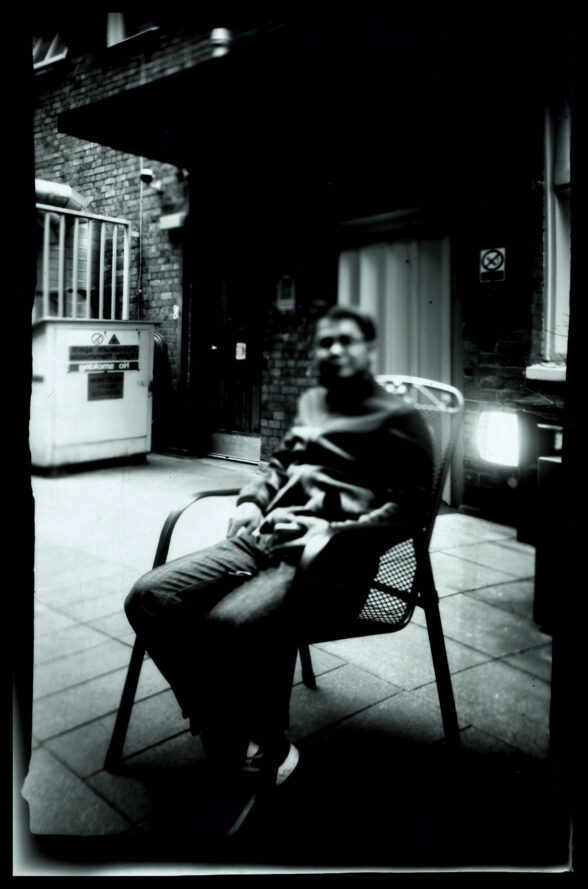 As Hutcheson explained, photographers would set up shop in key locations around Lahore, around administrative centers, transportation hubs, particularly in crowded areas. Once the sun goes went down and another day’s work ended, the photographer would disassemble the device, place all parts inside the camera, wrap it tightly in a bundle, and head home. Photographers would often return to the same location day after day. One can easily see how the daily routines that developed around these practices might be as fascinating to observe as what happens inside the magic box. 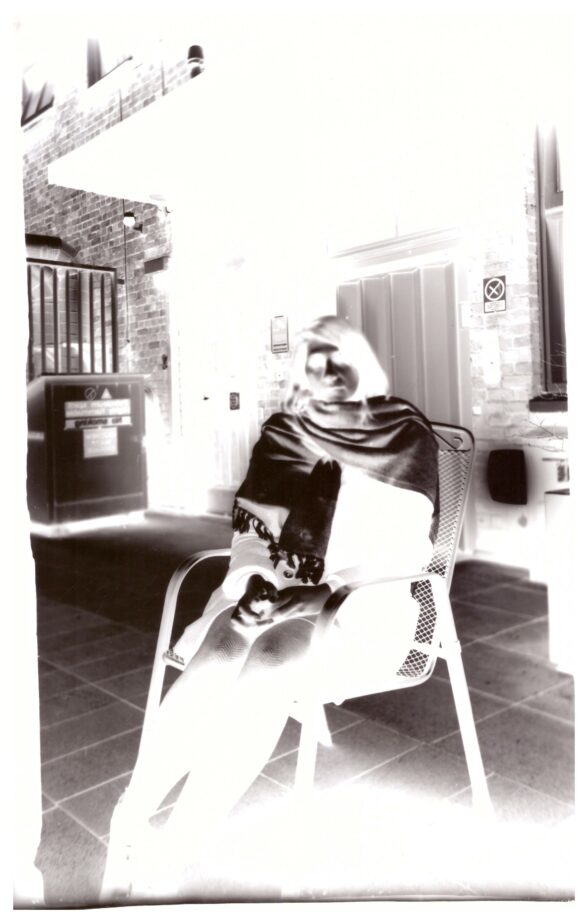 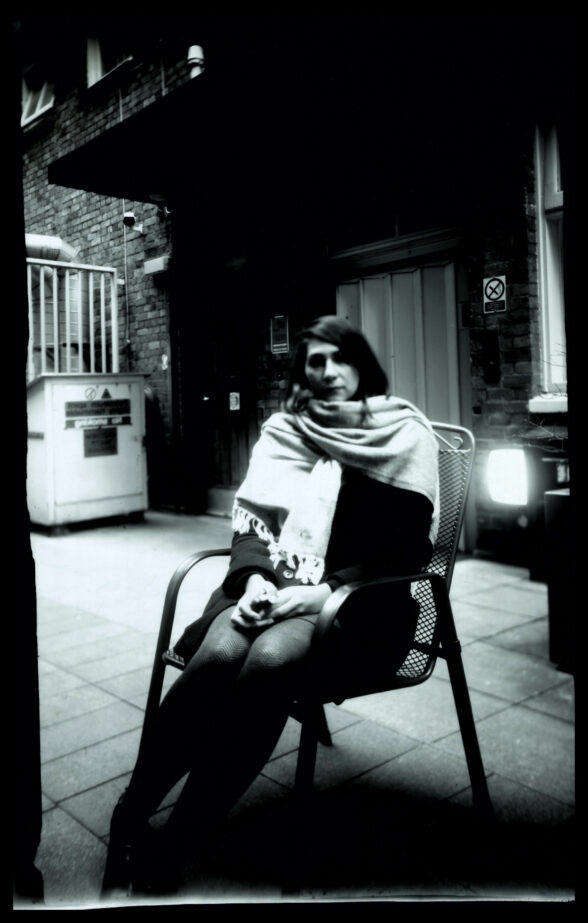 There is a softness to these images, a tactility, reminiscent perhaps of Benjamin’s account of Hill and Adamson’s Newhaven fishwife. Is their meditative quality inherited from the long exposures? Or is it mere sentimentality given the obsoleteness of the procedural trace? By comparison to the seamlessness of digital apparatus, the box camera produces an imperfect image, “scarred” portraits marked by the physicality of the photographic process. Hutcheson spoke about harnessing precisely those “effects” in his own work, about how the look and feel of the technique seemed more suitable for representing the lives of his sitters, many of humble means. This directness, coupled with the momentary attention concentrated by the photographic exchange, succeeded perhaps in elevating the sitters from the anonymous mass, by enabling a moment of pause. One by one, as we sat in front the box camera in the inner courtyard of our department, I thought of their faces and figures settling onto the photographic page.