‘Refocusing the Lens: from the Centre to the Margins’ Film Festival 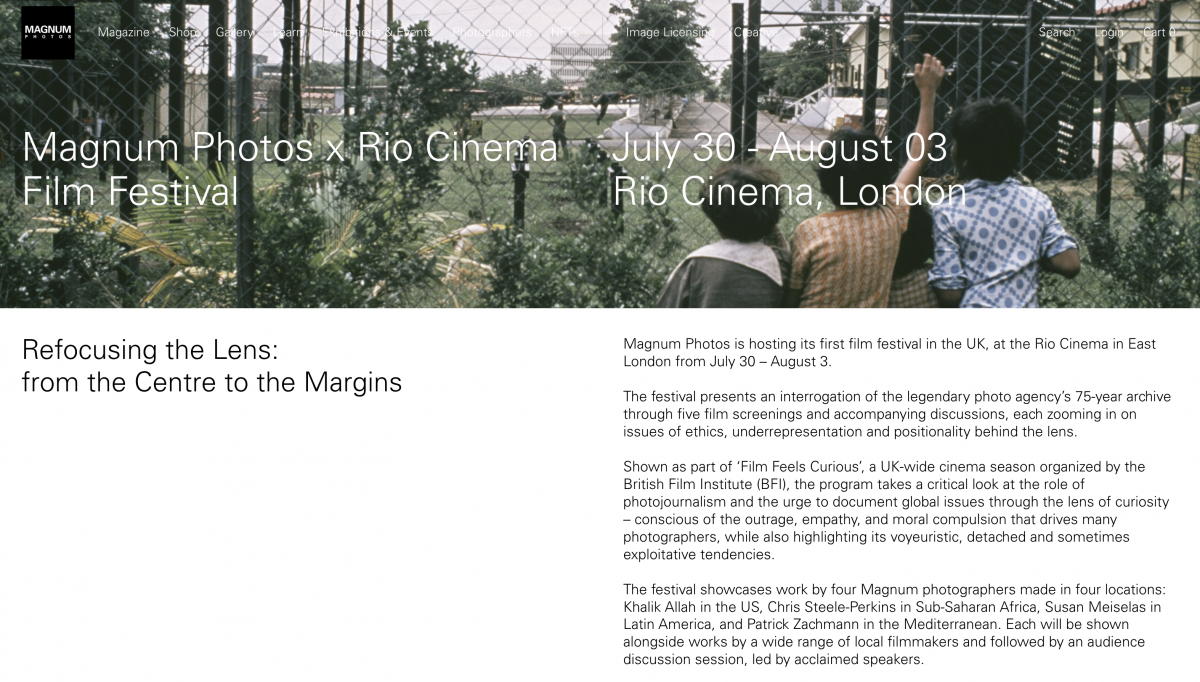 As part of Magnum Photos’ first UK-based film festival, organised in collaboration with the BFI, PhotoDemos researcher Ileana L. Selejan was invited to respond to the screening ‘Rebellion and Recollection: Representations of Latin America’ at Rio Cinema in London (2 August, 2022). The two films presented were ‘Pictures from a Revolution’ (1991, 93m) by Susan Meiselas with co-directors Alfred Guzzetti and Richard P Rogers and ‘Sex and the Sandinistas’ (1991, 25m) by Lucinda Broadbent. The screening was followed by a conversation between Dr. Selejan and Bayryam Bayryamali. Taking place between July 30th and August 3rd, the festival was organised by Bayryamali, Education Co-ordinator at Magnum Photos and Abiba Coulibaly from the BFI. To read more about this event, see ‘Refocusing the Lens‘.