The Sfakian Screen: Looking and Living in the White Mountains of Crete 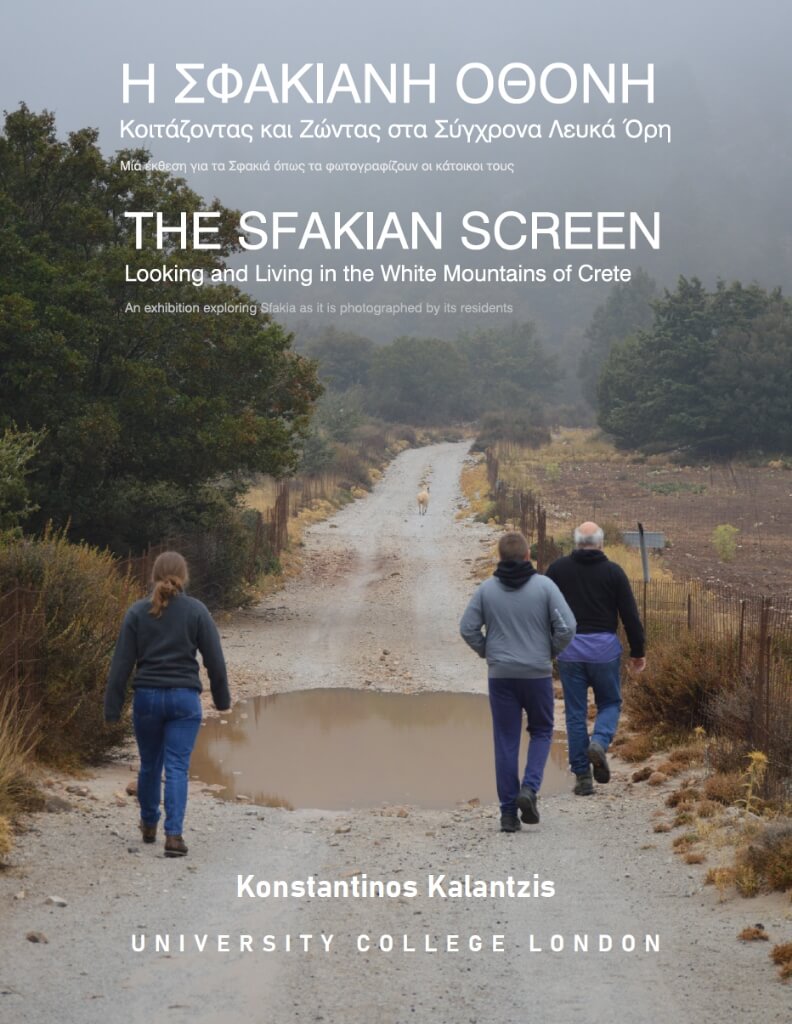 The Sfakian Screen is a photographic exhibition that explores social landscapes of the White Mountains, as they are visualized by people living in the Sfakia region of Crete today. Sfakia is an area that has been historically photographed by dozens of professionals (photographers, folklorists, musicologists, etc.) and other visitors who often focused on rugged geography, pastoralism and the idea of tradition. The Sfakian Screen engages this legacy and its themes which have historically conversed with local social aesthetics, but also departs from it, as it is the first show centred on local visual practitioners, rather than urban specialists visiting the area. The title uses the term “screen” as it is in the digital screens of mobile phones and computers that most of these powerful images originally circulate and it is these screens that enable the photographers to publish their work daily. 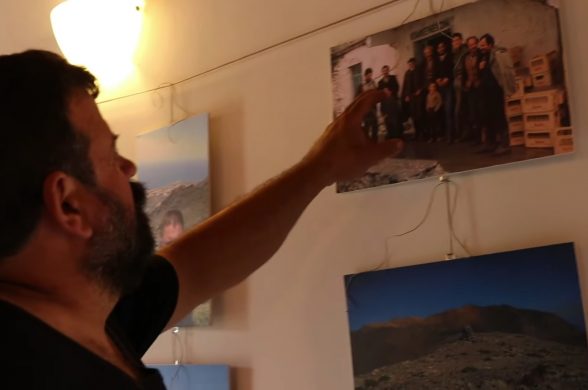 Placing these images from the screen on the wall amounts to a change of context and an invitation to rethink the professional vs. amateur dichotomy, especially as regards the things “non-professional” photography can do for people daily. This change of context is also an invitation to heed the ways in which people with cameras living in Sfakia capture their landscapes as well as envision their lifeworlds daily. The show attempts to grasp the capacities of photography in creating and depicting place, relatedness and social experience. It tries to highlight the themes and subjects that emerge in the photographic frames and to underscore the power of these frames’ composition and imagination.

The exhibition is curated by anthropologist Konstantinos Kalantzis who has worked in the area since 2006. The show builds on the long-term engagement between curator and photographers, while the selection draws on discussions with photographers and incorporates their own preference for particular photographs and captions. While it seeks to show key themes of Sfakian social-media photography, the exhibition is also shaped by various factors, including the technical availability of images and even contingencies in the biographical routes between curator and inhabitants of the area.

In that sense, it can only claim to shed light on part of the rich and creative photographic practice that takes place in Sfakia daily on screens inside but also outside of the exhibition. The show is supported by the European Research Council (Photodemos – Citizens of Photography Research project, University College London) and the Municipality of Sfakia.